A typical endoscope air, water and suction system is shown in the figure:

The air pump in the light source provides air to the pipe extending from the light source connector of the endoscope. The air is delivered to the air water valve on the control part through the air channel. If the valve is not covered, air is expelled from the vent at the top of the valve. This vent allows the air pump to pump freely when air is not needed, reducing wear on the pump. If the endoscopist wants to blow the patient, the vent is covered with a fingertip; this closes the vent and forces air down the air channel and out of the instrument through the nozzle on the distal tip. A one-way valve is attached to the shaft of the air water valve to keep the air in the patient’s body unblocked during the examination. During an endoscopy, slightly above atmospheric pressure is usually insufflated into the gastrointestinal tract. Without the one-way valve in this system, air from the organ being examined would flow back into the nozzle at the distal tip, up through the air channel inserted into the tube, and out through the hole in the air water valve. A backflow preventer is required whenever the operator removes a finger from the valve.

During this process, the water used to clean the objective is stored in a water bottle attached to the light source or cart. In addition to providing air for inflation, the air pump pressurizes the water bottle, forcing water out of the bottle and into the endoscope. This water is delivered to the light source connector of the endoscope through the tube on the water bottle cap, and then to the air water valve through the water channel on the universal cable. When the endoscopist presses the air water valve, water continues to flow down the water channel in the insertion tube and out of a nozzle at the distal end, which directs the water to the surface of the objective to clean it. 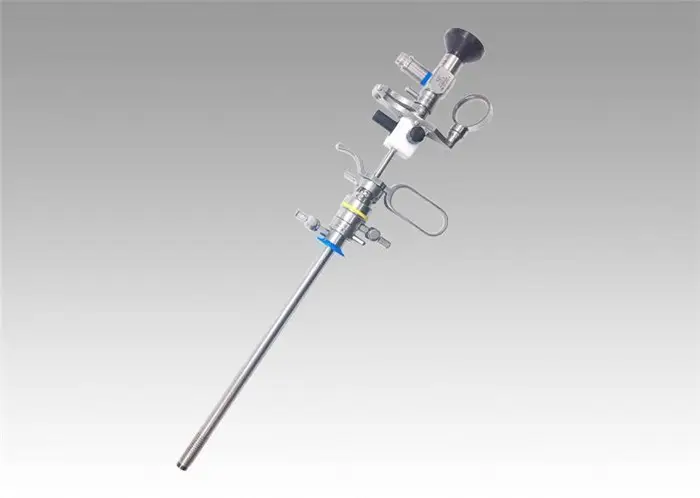